History of The Duncan Hospital 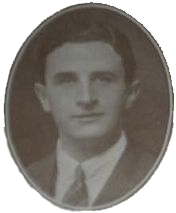 The Duncan Hospital was founded in 1930 by missionary Dr. Cecil Duncan, a Scottish Surgeon. It was strategically located to serve both the populations of Nepal & Northern Bihar in India. Initially, it was a clinic run by Dr Duncan but it soon developed into a small hospital with 30 beds. Bihar, was and remains a  densely populated poor area of India. Over the years the 30 beds grew to 175 and the hospital became affiliated with the Regions Beyond Missionary Union (RBMU, UK). Progressively widening its range of treatment and specialties, The Duncan blended well between the two diverse and challenging cultures.

In 1936 Miss Ruth Horne joined to put administrative systems into place. The hospital also began outreach work as well from around now. In 1974, the RBMU handed over the management of the Duncan to The Emmanuel Hospital Association under which it continues to function.

In 1941 Dr. Duncan left the hospital on being conscripted to the Army Medical Corps during the Second World War. Unfortunately was unable to return to serve the people he loved and in the year 1984 God called Him home. For seven years from 1941 the hospital closed as Dr Duncan was conscripted into the Army Medical Corps and there was a general lack of medical personelle, But in 1947 a new chapter opened with the arrival of Irish couple: Dr  Trevor Strong and his wife Dr. Patricia Strong. The hospital soon regained momentum, its services diversified and infrastructure expanded.

The Strongs were followed by Dr Keith and Mrs Marion Sanders. Dr. Sanders became widely acknowledged for his novel management of tetanus and gained much acclaim in the medical world. Drs. Matthew and Joanna Peacock from UK also made valuable contributions during their services from 1964 to 1974.

In the year 1965 Ms. Irene Stephenson, then Nursing Superintendent set up the Nursing School and laid down the principles and standards that continue to be practiced by the school today.